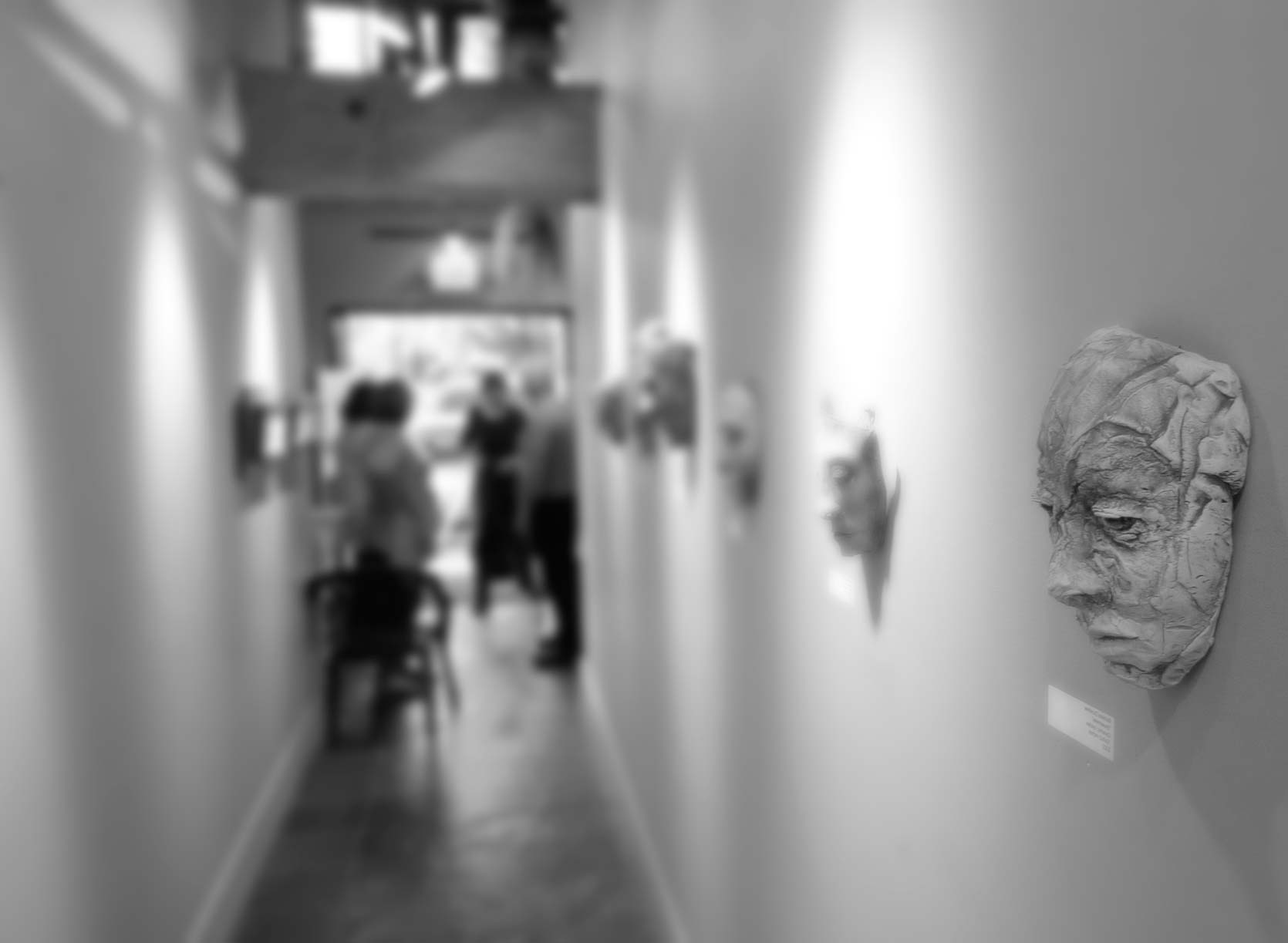 Barbara Dunshee is a full time artist and teacher, working out of her home ceramics studio since 2003. After earning a BFA in Graphic Design and Interdisciplinary Art from the University of Washington in 1997, Barbara had a successful career in the Seattle design field. In 2000, she began working in ceramics, developing her decorative series of Lively Lidded Vessels. These earned her Bellevue Art Museum’s 2003 Emerging Artist Award, and in 2005, Niche Magazine’s Award and The Medium Fund Grant.

By 2005 Barbara began to work on sculptural faces and figures, both human and animal, with cold finish paints applied to the fired ceramic surfaces.

In 2005 Barbara began teaching in her home studio and discovered a love of sharing her passion for ceramics with students. She now teaches 35 students weekly, for at least 3 seasons of year.

Barbara is currently focusing on the liveliness of energetic, playful facial expressions and adornment. In 2014, this body of work, “Whim Vessels” was awarded First Place in the Madison Park Art Walk. In early June 2015, Barbara participated in an artist residency at Centrum Artist Residency, exploring portrait painting with acrylics on wood.

In Barbara’s new sculpture series, “Shared Spaces” the interiors of various facial vessels open up into each other, joined and sharing not only spaces, but their physical balance, letting catawampus-ness co-exist with stability. These pieces will be part of an exhibit in late 2015, in conjunction with a Habitat for Humanity awareness event. In December 2015, Barbara will exhibit her sculpture, along with pastel artist, Barbara Noonan, at the Tashiro Kaplan Building.